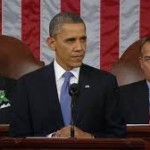 Allow me to spend a few minutes sharing some of my thoughts about the recent State-of-the-Union address by President Obama. Regardless of who you or I voted for, we are still Americans and want the best for all our fellow citizens. Unfortunately, the last few years have been everything but the best for our “folks” as Obama likes to call them.

While I am a realist and understand that the government and President cannot cure all the ailments of the country, there are some worries that perhaps they are making things worse. The healthcare debacle has been discussed over and over. The people who like it are the people who benefited by it – others, not so much. As a small business owner I have seen our rates raised almost 25%, not exactly what was promised. Plus some of the doctors have been dropped from our insurer, or have dropped the insurers. Anyway, I think it’s safe to say, politics aside that the notion of affordable healthcare is a good one, but the realities turned out differently.

Then we have the topic that drives me crazy. President Obama explaining that we need to “re-educate” the working class for the “new” jobs that we are missing out on here in the United States.

Let’s address this from the top. We know many well educated college graduates who were top of their classes over the last several years when they graduated. Now they are top of the unemployment lists. So, the well education are amongst the least employed right now. For whatever reasons you want to blame, whether it be health insurance changes, minimum wage arguments, etc. we have a wealth of highly educated young people who cannot find jobs. And we have employers who take advantage of that by offering unpaid internships and low wages to them. Check out Craigslist under help wanted and see how many ads are for unpaid internships. Yea, and the chance of turning that unpaid position into a paid one… you figure the odds.

So, we need to re-educate Americans for the new manufacturing jobs that President Obama refers to. MANUFACTURING?! Really! So our well educated, well versed young “folks” should be trained to work the factory line. Let’s face it, manufacturing these days consists of cell phones, some auto work and other traditionally robotic and limited motor skill jobs. Yes, I can see how Americans will pour into the Apple factories to put together the new iPhones. Move over Foxconn (Apple’s China factory), where workers just got a raise (because of media pressure) to $350 a MONTH!

Oh yes, manufacturing will come back to the USA. Let is not forget that it left because outsourcing was so much cheaper and Americans did not want to work for pocket change. But our President is going to bring back the factory jobs to America. And our college graduates can line up for those jobs – maybe Obama’s new $10.10 minimum wage will kick in and they’ll make the big bucks. College loans be damned, our new work force will work 80 hours a week at the factory to make a dent in paying back their loans.

These are the same Americans that Obama things will work for $10 an hour in a factory producing products, like the iPhone that sells for $600 – equivalent to almost two weeks of USA min. wage (under his new $10.10). Good luck with that!

Then there are the “shovel ready” jobs that the President has promised since he ran for election the first time. I love this group of jobs – as I have NEVER in my life ever met anyone who actually worked on a road or bridge. But maybe that’s just me and your neighbors have a shed full of those shovels at-the-ready and go out every morning digging the roads or welding a bridge.

So, with all the rhetoric of the State-of-the-Union I am afraid that the speech gave us nothing new and less to be hopeful for. The thought of bringing factory jobs back to American is great, IF they pay the wages Americans need to survive on, but they won’t. And the flipside is that cost of goods will raise, thus affecting retail sales, etc.

I don’t know about you but I’m heading over to the hardware store to pick up a few shovels so I will be ready when I get Obama’s letter to report for my shovel ready job. Maybe I’ll get to work on the George Washington bridge here in NY, if Gov. Christie hasn’t shut it down for the day!